Central Catholic Vikings Hockey Club (CCVHC) invites you to support our club and players by by committing to a sponsorship for the 2021-2022 Season.

This year,  in addtion to yearbook player recognitions, we are also offering a **limited number** of premium oversized banner advertising spots, as well as enhanced CCVHC website placement options.

To sponsor CCVHC, please go to: 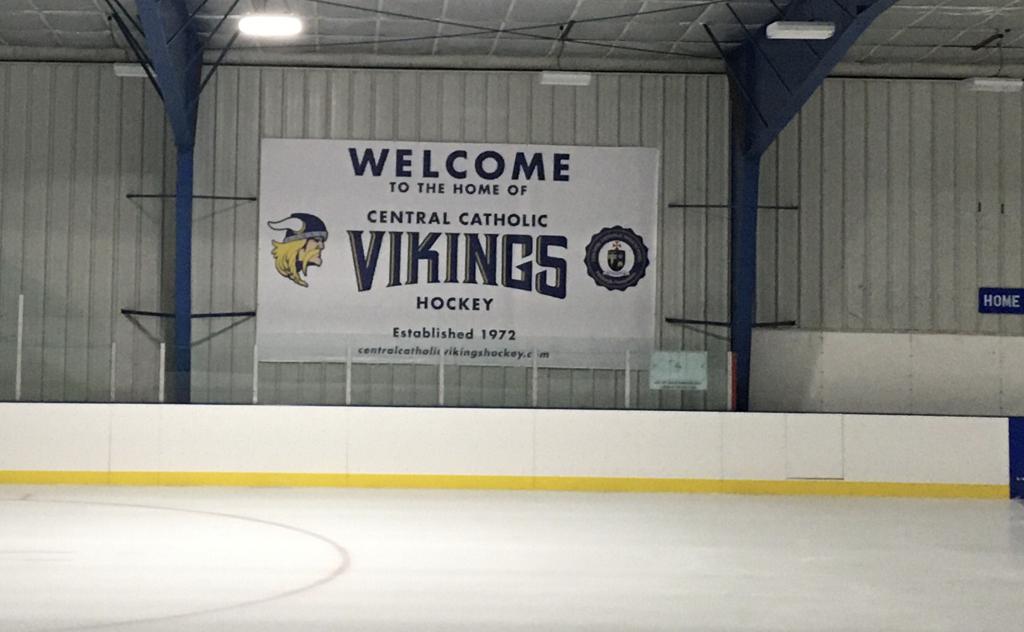 .WELCOME TO THE HOME OF CCVHC! The 18- x 10' vinyl banner is hanging in the Canada Rink to the left of the HOME team's bench. Your company's logo could be here, too!!

For the 2020-21 season, CCVHC hung a banner commemorating its teams and recognizing its seniors at its home rink, Alpha Ice Complex in Harmarville, PA!

Alpha Ice Complex is one of only two facilities in Western Pennsylvania with three dedicated sheets of ice: the USA Rink, the Europe Rink and the Canada Rink. Although originally constructed as an ice rink circa 1990, the Canada Rink was converted for inline use in the 2000s. However, reflecting the growth of ice hockey locally, the Canada Rink was "re-frozen" in September 2020.

Ice hockey action on all three Alpha Ice Complex rinks can be live-streamed through Live Barn ("Watch Live & On Demand from anywhere, at any time, on any device from the world’s largest broadcaster of amateur sports.").

7' x 5' vinyl banner. Your company's logo could be here too!

Your logo could be on the front cover of the 2020-21 CCVHC Yearbook!

Using the 2019-2020 yearbook as an example, this is a representation of how your company's logo could appear on the yearbook.

Your company's logo could be on the back cover of the 2021-22 CCVHC yearbook!

Representative examples of 1/2 page and 1/3 page player recognition spaces in the 2020-21 Yearbook.