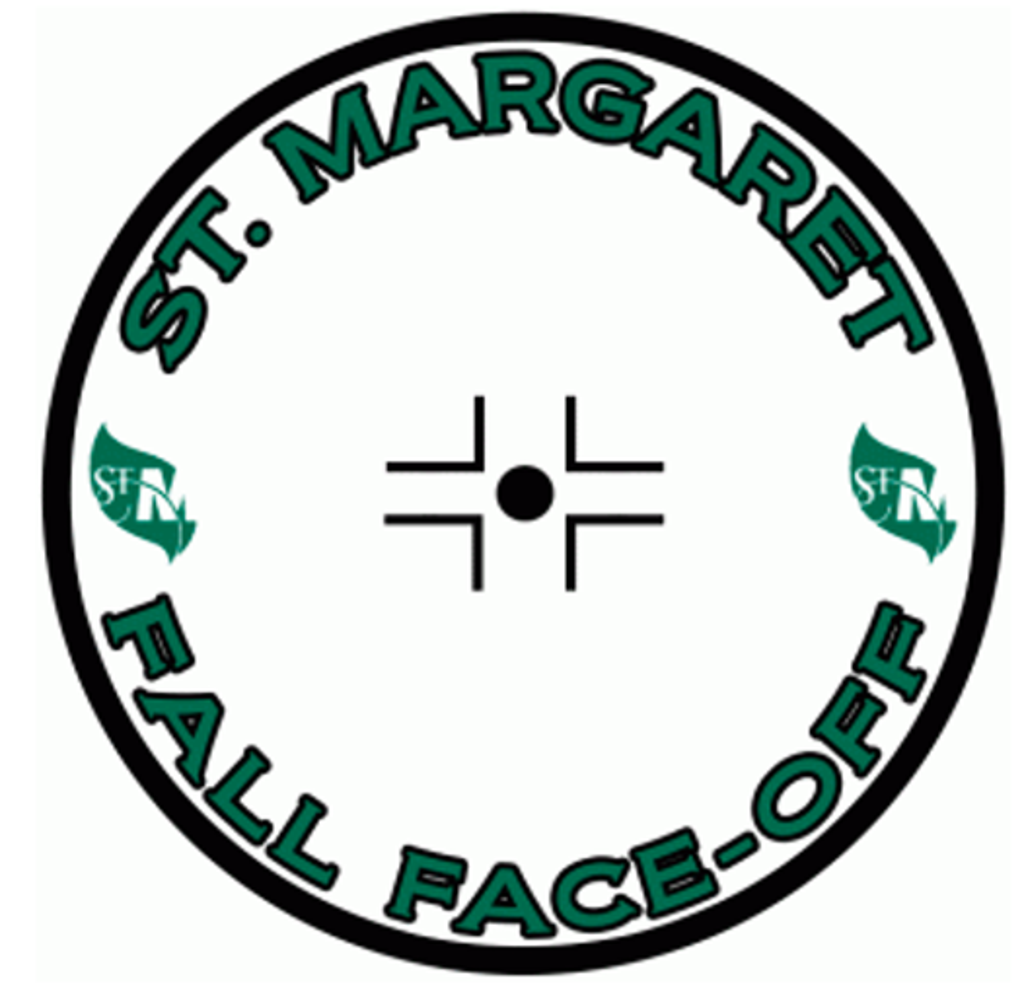 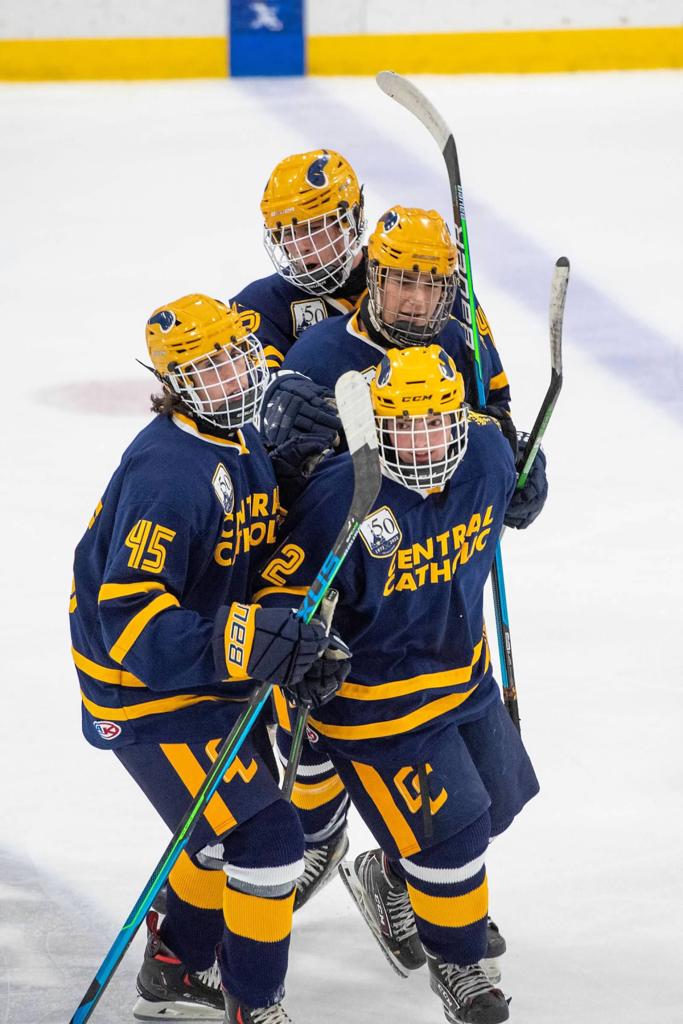 Happiness is ... Doug Burek scores against Baldwin in the opening game of the 2022 St. Margaret Fall Face-Off,, with helpers from Aaron Krackow and Ricky Castracani. CCVHC shut out Baldwin, 4-0. Photo By Bill George. 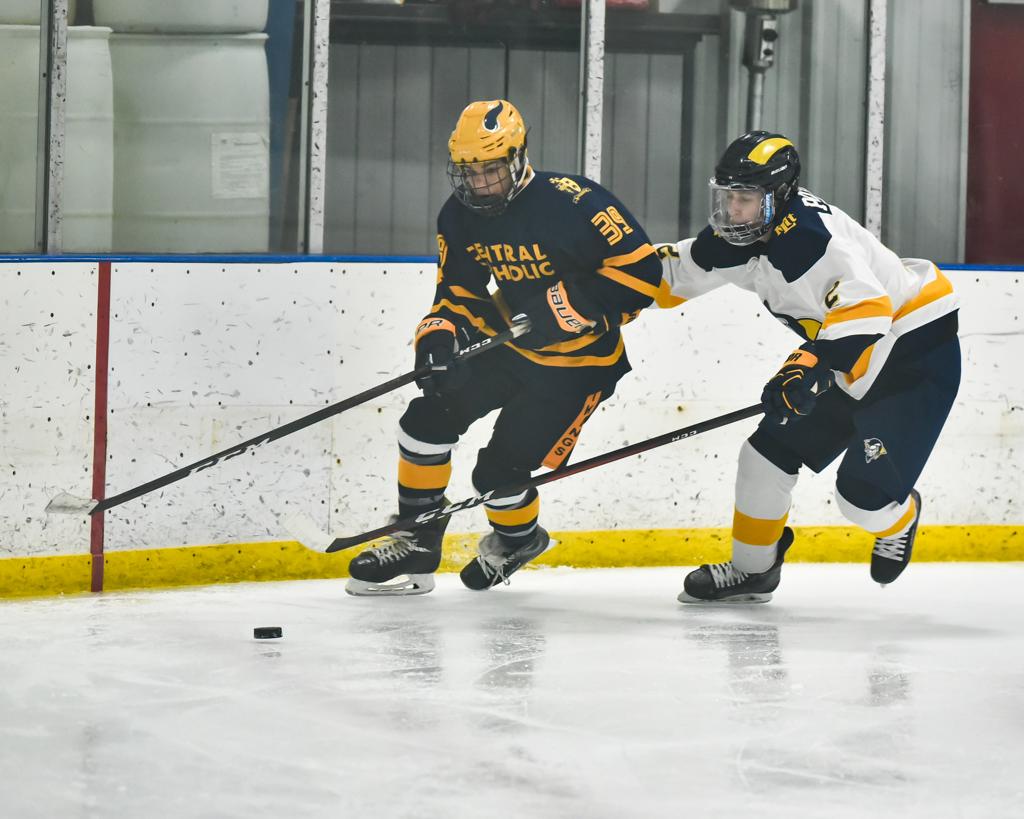 Fun and games in the crease ...Photo by Simply Sisters Photography.

Inquiring minds want to know  … “why didn't we have any team practices last week??”

Since 1993, the Pennsylvania Interscholastic Hockey League (PIHL) has sponsored a pre-season charity tournament at Alpha Ice Complex in Harmarville, PA to raise money and awareness for the St. Margaret Foundation.

Dubbed the “St. Margaret Fall Face-off,” this tournament has served as an unofficial start to the high school hockey season in Western PA. Each year, over the course of one week in early September, 16 teams – four varsity teams in four divisions of “pool” play – face-off for bragging rights … but the real winner is the St. Margaret Foundation and all who it serves.

This year, preliminary games began on Tuesday, Sept. 6 and ran through Thursday, Sept. 8. After 30 preliminary games – all of which were held at Alpha Ice Complex – the winner of each “pool” will advanced to the semi-finals and championship game, which will be held tomorrow, on Monday, Sept. 12 at 5 pm and 9 pm, respectively.  To accommodate 30 games over three days, most of the practice ice time for amateur and school teams who call Alpha Ice Complex home is “blacked out” to accommodate the needs of this long-running PIHL charity tournament.

This year, the Central Catholic Vikings Hockey Club has been placed in “Division D” and faced Baldwin, Greater Latrobe and Mt. Lebanon in preliminary round play.  The team won its first game against Baldwin and lost the next two.

Through this tournament, PIHL raises several thousand dollars annually for the St. Margaret Foundation, giving it the means to “help St. Margaret patients with the essential needs not covered by insurance yet are necessary to heal, remain independent and have hope.” For more information about the foundation’s programs, please see: https://www.stmargaretfoundation.org/ 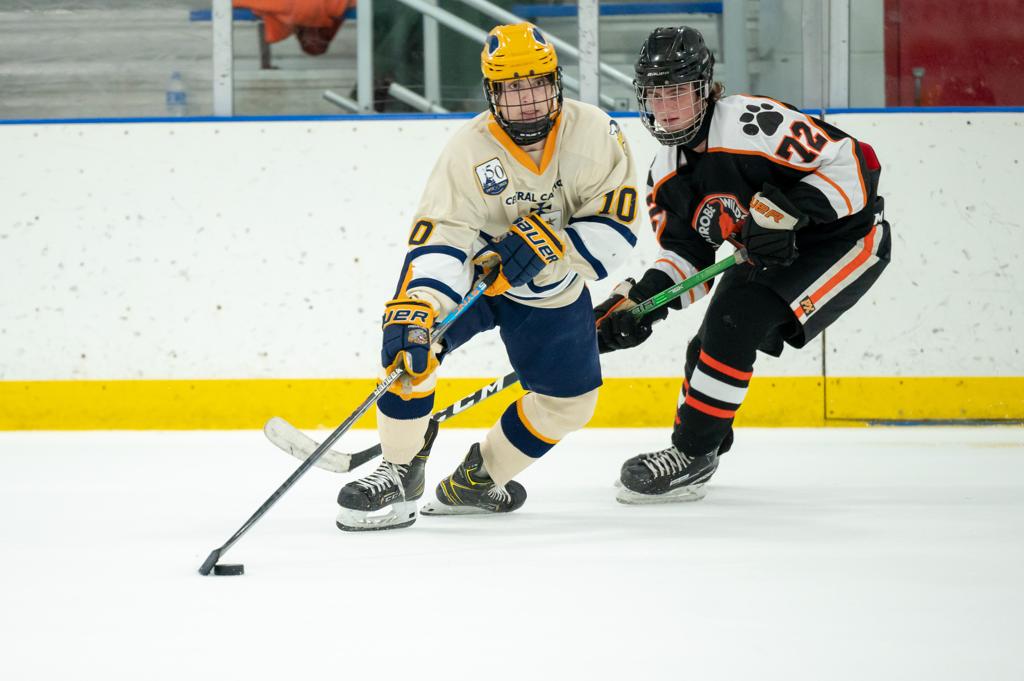 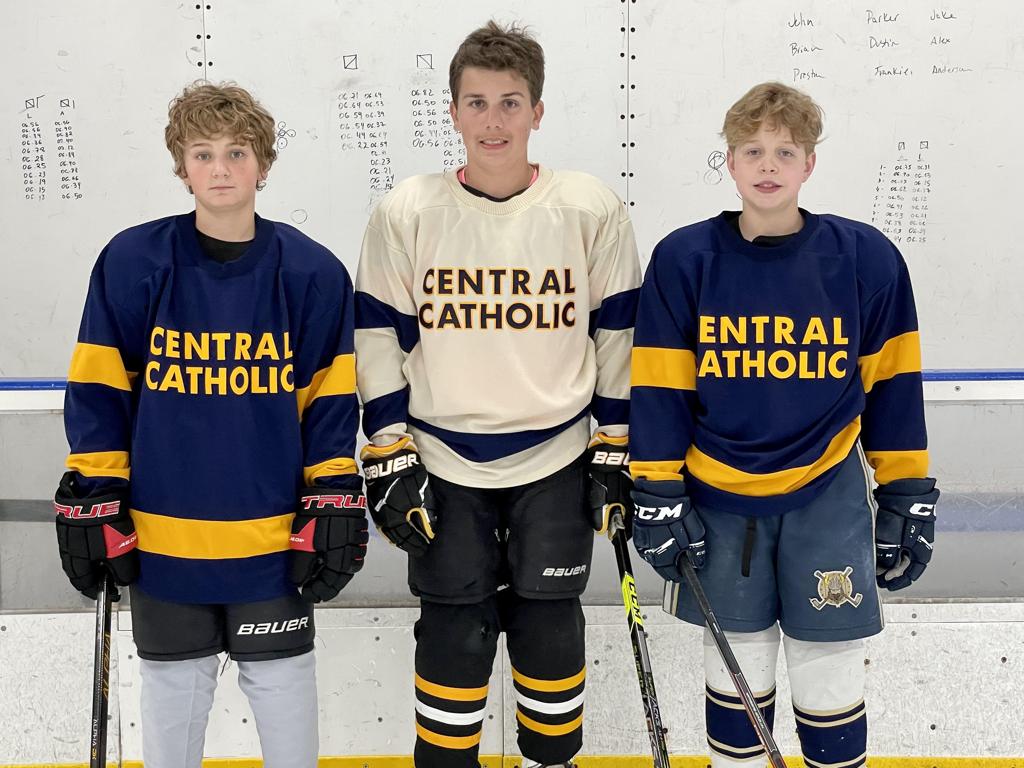 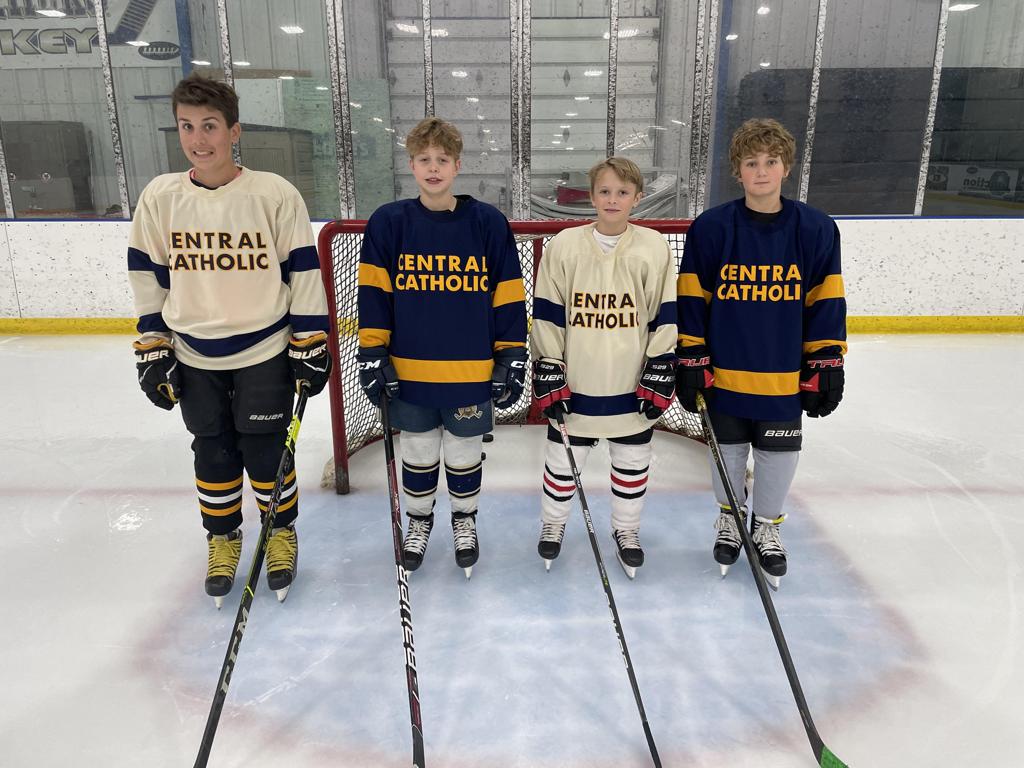 Just in time for the 50th Anniversary Season, the CCVHC Middle School-Bantam team will be issued new home and away game jerseys.

Thanks to an anonymous gift from a CCHVC benefactor, the team will be able to wear these jerseys for the entire 2022-23 season!

These jerseys were designed by CCVHC Head Coach Bill Connelly to have the same clean "look and feel" of the Junior Varsity and Varsity jerseys ... but with a smaller range of sizes appropriate for 6th to 8th graders.

Until this year, the jerseys used by the Middle School team were "well-loved" by the junior varsity and varsity teams that preceded them.

In order to reduce Middle School hockey families' hockey-related expenses, the Club loans both jerseys, practice jerseys, and an equipment bag to players to use for the season.  Home and away game socks are given to each player, as well.  The only apparel / equipment that team members are required to purchase is a CCVHC hockey shell and a gold helmet (for skaters, if the player doesn't already have one).

*A few spots are still available on the middle school-bantam team for BY 2008-2009 players. Please see, https://www.centralcatholicvikingshockey.com/22-23tryouts for more information.